最新記事・トップ画像で紹介する建築物（2023年2月）はこちら▶︎▶︎▶︎
この記事
What are roads in the Building Standards Law?

As a general rule, the site of a building is required to be at least 2m over connect the road stipulated in the Building Standards Law. In addition, they set standards for roads that can be built.

As for roads, it seems that they are not directly related to architecture. However, the law specifies the roads that can be built from the viewpoint of fire prevention.

If the road width is less than 4 meters, emergency vehicles such as fire engines and ambulances cannot enter. In other words, in the event of a fire, there is a possibility that the building will be completely burned down, as well as the possibility that life and property will not be protected.

Hello! This is a Japanese architect YAMAKEN.

What areas of roads are designated under the Building Standards Law?

Not all areas in Japan need access to roads. Roads are defined only within city Planning areas.

Then, I will explain what the road is.

What is a road under the Building Standards Law?

Roads under the Building Standards Law are those with a width of 4 meters or more.

In addition, the road should be a public road in principle, not just a road.

[Article 42, Paragraph 1 of the Building Standards Law（Excerpt）]
The term “road” as used in this Chapter means a road of 4m or wider that falls under any of the following items.
(i) Roads prescribed in the Road Act;
(ii) to (v) (Omitted)

In the case of a road less than 4m in width

Even if the width of a road is less than 4m, it is considered a road by the designation of a specific administrative agency.

The road must retreat from the road boundary. The legal provisions are as follows.

When you build a building, it must connect to roads defined by the Building Standards Law.

In addition, as a general rule, the road must be at least 4m width, so when building in Japan, checking whether it is this road is the most important item.

That concludes this article. Thank you for watching! 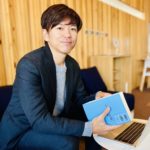